A Dollar Is Not A Vote


Benjamin I. Page
Gordon Scott Fulcher Professor of Decision Making, Northwestern University
"The need for money tends to filter out centrist candidates. Most congressional districts are gerrymandered to ensure a big advantage for one party or the other, so that election outcomes are actually decided in low-salience, low-turnout, one-party primary elections. Primaries are usually dominated by ideological party activists and money givers, who tend to hold extreme views and to reject all but the purest partisan candidates. This contributes to party polarization and legislative gridlock in Congress."

Facts behind the rant:

1 The Super Women and the Super Men behind Super PACs: The Emergence of a New Source of Inequality in Campaign Financing, Paul S. Herrnson, University of Connecticut & Jennifer A. Heerwig, Stony Brook University

Yet we keep giving?

One of the steps in publishing this article was finding an image to convey the concept of political corruption. Using that for my search term returned 1,634 images - 28 pages worth - from a source that usually struggles to deliver 3 pages of possibilities when I use it. I feel pretty confident that is more than I might have found 11 years ago, before the Citizens United ruling. 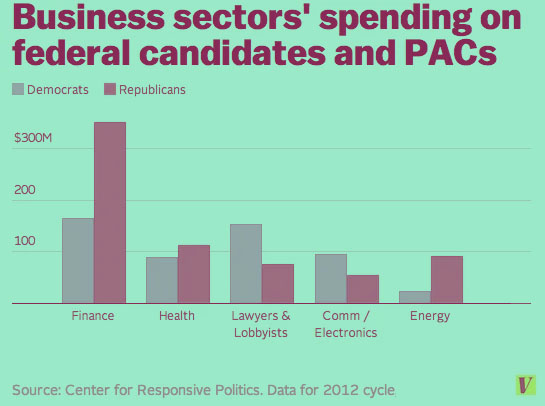 I've always found the free speech equivalence granted to political donations dubious. I have no standing to question the legal reasoning, but it fails the common sense test for me. We've understood the power of money to corrupt for as long as money has been around so tempting fate by opening the floodgates seems, well, crazy as hell.

If you share this opinion to any degree, you probably feel as helpless and frustrated as I do when it comes to changing things. It would absolutely take a massive effort by politicians from both parties to agree and pass legislation that would reduce the flow in any meaningful way. It's certainly no less daunting that a grassroots driven effort to amend the constitution would be.

A thought came to me this election cycle of a very small way each of us can act to change things. Granted, the short term would likely be painful - maybe even fatal - in a democracy that seems so badly crippled these days. The thought was the result of the insanity that flows into my inbox each day from every corner of the country from democrats and their surrogates. I get hundreds of emails every day from candidates very literally begging for money. You might say that, in my world, its raining virtual panhandlers. I'm a registered democrat, so my contact info is easy to get. I'm told that rules governing spam, robocalls and the like don't apply, so my wallet is nothing but one big target.

I've kind of gotten used to it over the years, so I just kind of look away. This year, however, brought something different: a bold disregard for anything resembling an honest appeal. The emails come every day with subject lines like "We're not asking for a donation, we just need your opinion" and "Is it true you've left us?" and "Without your donation, Beto/Mark/Mary/John are goners."

When the "survey" that wasn't asking for money did ask for money before and after hitting "submit," I decided I was going to be campaign of one boycotting material support for any candidate. It wasn't easy because I'm hard wired to want to help but, as I dug in, it started to dawn on me that, if everybody did that and decided to campaign against the personal interests of big donors and corporations, it just might cause enough pain to initiate change. 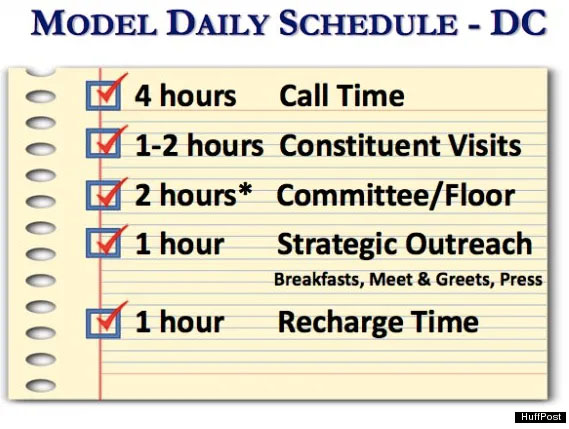 So that's it. I'm not feeding the beast. Still voting blue without fail; I won't consider voting republican until they come out of their holes and turn back into conservative-leaning humans. That said, I'm not giving to anyone, working for anyone or answering surveys, taking pledges or any other campaign BS. Earn my vote and you'll get that. Use your time making your plans and positions clear and unambiguous rather than standing on virtual street corners with cup in hand!